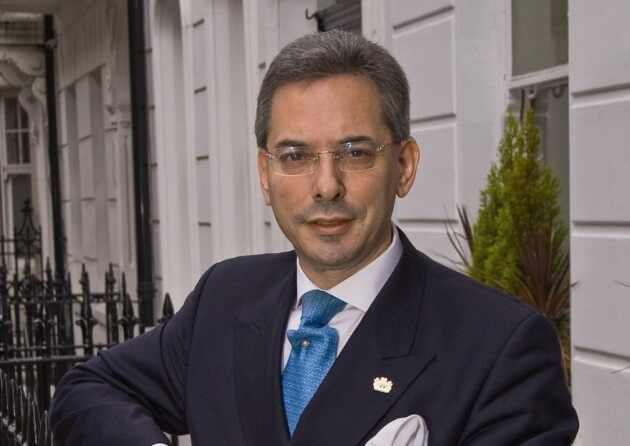 Bushra has a rare and special talent. Not only is she, a lovely person, whose generosity shows not bounds, but her abilities as an artist are exceptional, particularly in the way she incorporates day to day normalities in to a fusion of design; art and fun.

I was first introduced to Bushra’s work through the City Westminster’s “City of Sculpture” project, where her wonderful and invoking sculpture “DUNAMIS” was selected to be exhibited on Park Lane, adjacent to Hyde Park Corner.

As I got to know her work, it became quite clear that she is one of our talented figurative expressionist sculptors.

In recent years, she has richly deserved recognition for her contribution to contemporary British sculptures, through ongoing national and international commissions and exhibitions.

Her work combines powerfully executed themes with a flair that has proved to have a wide appeal. Her styles are extremely diverse, but they make up a very particular, immediately recognizable figurative expression of her ability to make people smile and at the same time think about what the idea behind the piece is trying to convey.

In later works she has clearly used her work to reflect her deeply held feelings that human mankind has lost something important – respect of all living things.  Hence the creation of both DUNAMIS & LEVITY,  which represents her interests in the protection of endangered species, so clearly influenced by her living for several years in the Kenyan wilderness.

Her work is diverse, prolific, thought-provoking and inspiring.  The relevance of her work remains as strong as ever.

In this book, GRAVITATEM she showcases works that seem to defy gravity and which continues to express her determination and optimism. 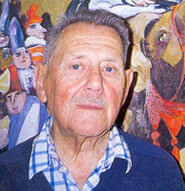 Bushra Fakhoury studied Art and Education in Beirut and at London University where she obtained her PhD in Art-Education 1983. Her main area of activity has been sculpting in clay, plaster and wax, subsequently cast in resin and bronze.

Her themes and subjects range from human to animal figures, merging in some works into surreal figures of myth, fantasy and humour.  Most of these works are cast in moderate size, although some figures or group compositions suggest concepts which could well be realized in monumental form within architectural settings.

Bushra Fakhoury work on the one hand has deep roots in the Hellenistic culture of the Levant, but on the other hand has become close to the neo-expressionist art of Europe. Her wok shows a steady search for dynamic form, often ironic and grotesque, but invariably opulent and vehement. At the same time, it is well-contained within the norms of stylistic discipline which allows the artist personality to emerge clearly within self-imposed boundaries.

The expression is enhanced through the broad treatment of plains and volume. Her thematic conception of form implies space defined not only by the solids, but also by the implicit orbit of movement. The figure scrolls, runs, struggle, dances and seems to be engaged into perpetual effort to defy gravity.

The works are imbued with clear formal significance in proportions to its directness and clarity in direction. In this work, the spectator is likely to perceive a synthesis of the Eastern Hieratic figures and its opposite, the violent frenzy of late classical art.  The Basilisk and Monsieur Renard present mysterious symbols and visual metaphors, but the secret zodiac of Bushra Fakhoury’s imagination does not require verbal exegesis.

Bushra has been living and working in London since 1979 and exhibits regularly with a number of commercial galleries in the UK & USA. She undertakes commissions and large public sculptures.